As a novelty at GeoVet 2019 we are organizing special discussion panels to facilitate Research-Industry-Government networking and to discuss challenges and explore opportunities to accelerate the incorporation of spatial epidemiology advances in operational decision-making tools to inform policies and to solve complex worldwide animal/public health and food safety problems. The use of Whova App will allow a more dynamic interaction and an increase of the participation of students and delegates with panelists during the discussion panels.

It is our honor to have the following list of expert representatives from multiple institutions and agencies to participate in the GeoVet 2019 discussion panels. 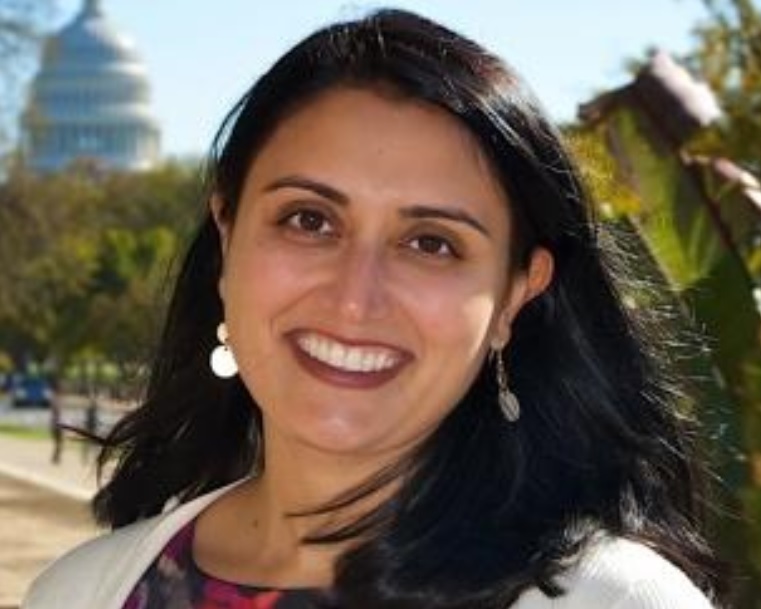 
Dr Duggirala received her Bachelor’s degree in biology from Rutgers University, Master’s in Public Health from George Washington University, and her Doctor of Philosophy with a concentration in epidemiology from the Tulane University School of Public Health and Tropical Medicine. Dr. Duggirala joined FDA in 2001 as an epidemiologist in the Office of Surveillance and Biometrics at the Center for Devices and Radiological Health. In 2007, she co-founded, and continues to chair, the FDA Data Mining Council. This group, a part of the FDA’s Scientific Computing Board, advises and provides support to data mining programs across the Agency. She was the lead author of the Council’s seminal white paper on data mining at the FDA. Since 2012, Dr. Duggirala has been an epidemiologist on the Science Policy Team in CVM’s Office of Surveillance and Compliance. In her current position, Dr. Duggirala provides epidemiologic support to various groups across CVM as well as developing a framework for the Center’s data mining programs. In addition, Dr. Duggirala enjoys spending time mentoring colleagues at FDA as well as students in schools of public health. 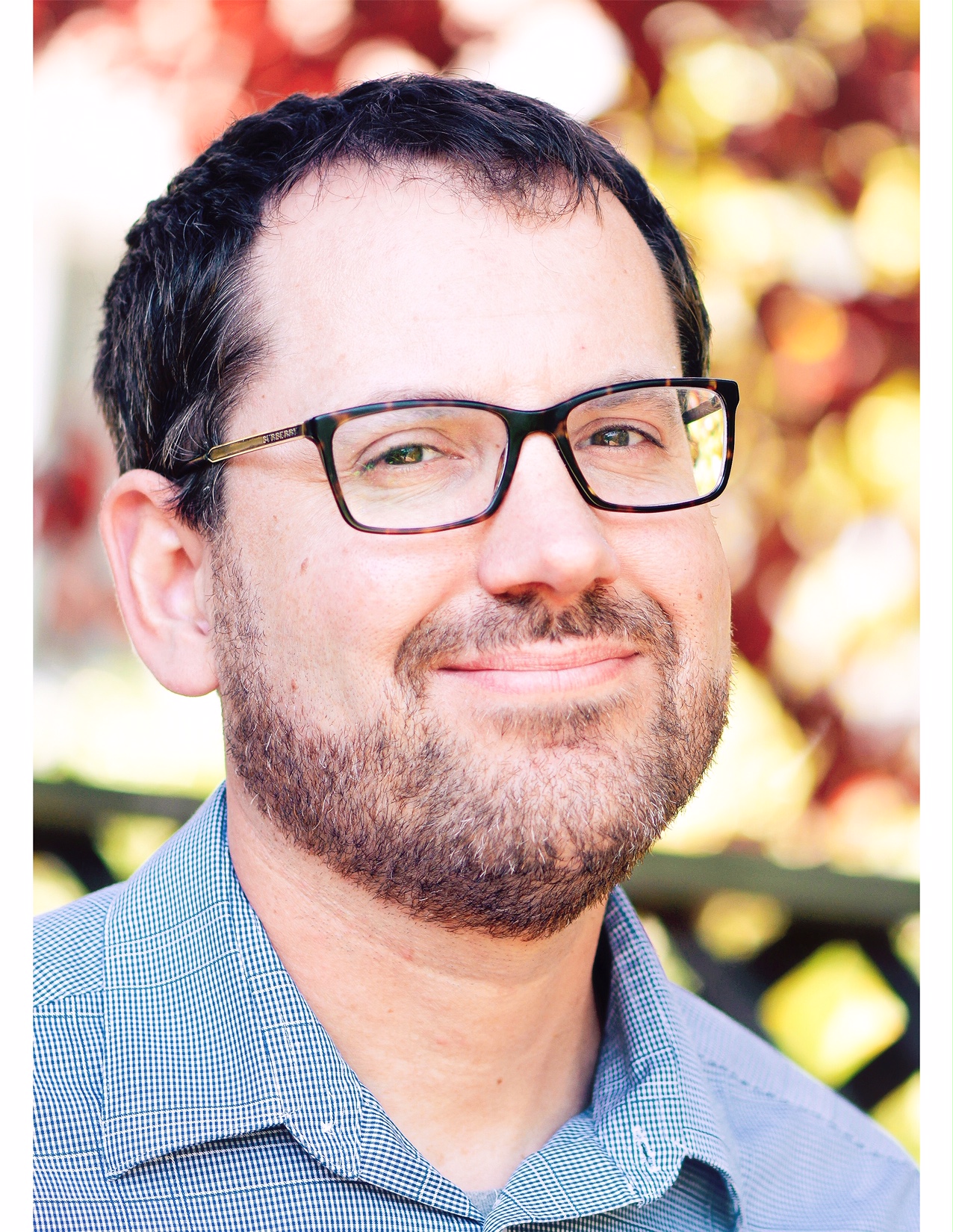 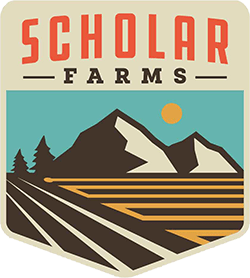 
﻿Dr. Gregory Crutsinger is a professional ecologist. He left a tenure-track academic career to join the drone industry and has worked for both drone hardware and mapping software companies in the San Francisco Bay Area for the past four years. He is the founder and director of Scholar Farms, a company that provides commercial trainings and services, with a special emphasis on drone vegetation mapping and data analytics. He has also acted as a data product manager for public safety drone teams in the rapid response after California's deadly wildfires, including the mapping of Paradise after the Camp Fire. 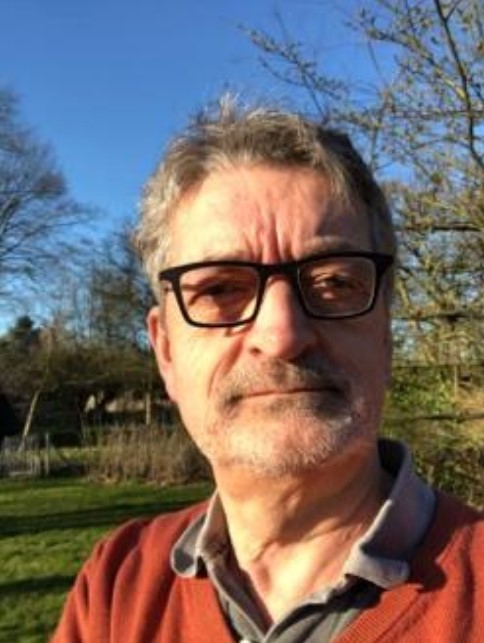 
Guy Hendrickx (DVM, PhD) spent the first 13 years of his career in Africa working on tsetse flies. He was one of the first to use satellite data for reducing the cost of mapping vectors, hosts and pathogens. His main interest is the identification of environmental factors that affect the distribution of vector-borne diseases, how these change over time and how that affects the spread of these diseases. In 2001 he established Avia-GIS, a company specialized in developing spatial decision support systems that bridge the gap between research and decision making. The company focuses on the development of systems for spatial risk mapping as a basis for integrated pest management programs. 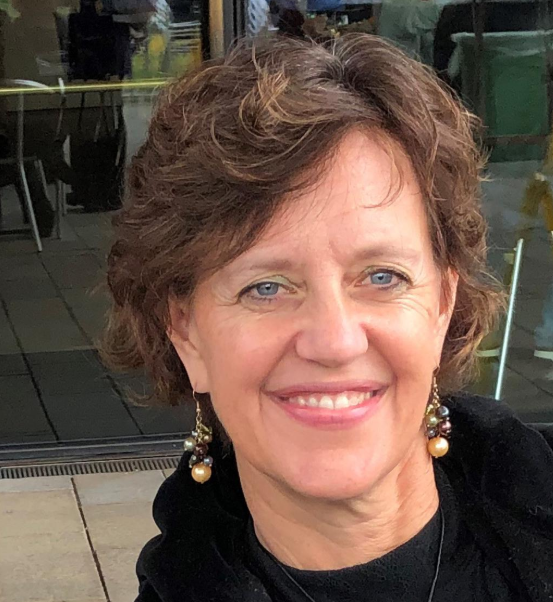 
Dr. Kjemtrup is a research scientist, epidemiologist for the California Department of Public Health (CDPH), Vector-Borne Disease Section (VBDS). Her duties include reviewing and summarizing reported cases of vector-related reportable diseases including Lyme disease, anaplasmosis, babesiosis, tick-borne relapsing fever, rickettsial diseases, hantavirus, and plague. Dr. Kjemtrup helps coordinate environmental follow up of select vector-borne disease cases when necessary with VBDS biologists and other local health agencies. Her veterinary background informs her role in the small mammal trapping component of VBDS activities including veterinary support, maintaining the animal care and use protocol for VBDS, and occasional small mammal trapping fieldwork. She consults, performs, and publishes original research on public health aspects of vector-borne diseases and is the principle editor for the VBDS annual report. She develops ideas for, and provides input on, public health education material and was the initial coordinator for the California Department of Public Health Lyme Disease Advisory Committee. Dr. Kjemtrup regularly gives presentations to a wide variety of audiences from public groups to medical providers to students. She enjoys mentoring students and interns who volunteer with VBDS. 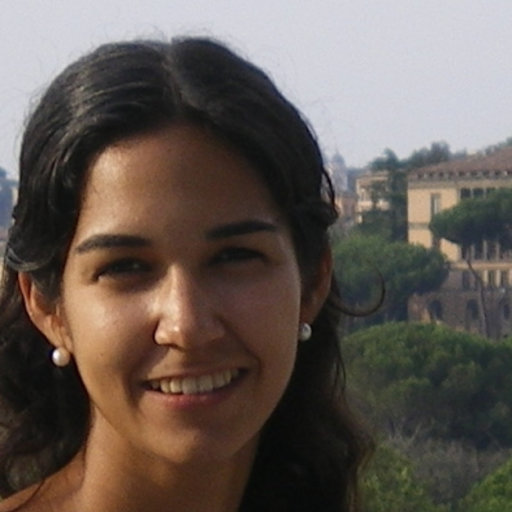 
Dr. Mur obtained her PhD on the epidemiology and control of African swine fever using a transdisciplinary approach which included risk assessment studies, risk factor analysis, development of new diagnostic methods and animal experiments. She then moved to the United States where she worked as epidemiologist in the development of a syndromic surveillance system (Texas A&M University) and developing her research program on the prevention and control of Foreign Animal Diseases (Kansas State University).

Since 2017 she works as epidemiologist in the World Animal Health Information and Analysis Department at the OIE. In her current position she contributes in the process of validation and verification of information submitted from the Member countries, developing the subsequent epidemiological analysis of the information. She is also involved in the development of the new improved platform OIE-WAHIS and the data migration from the current system. 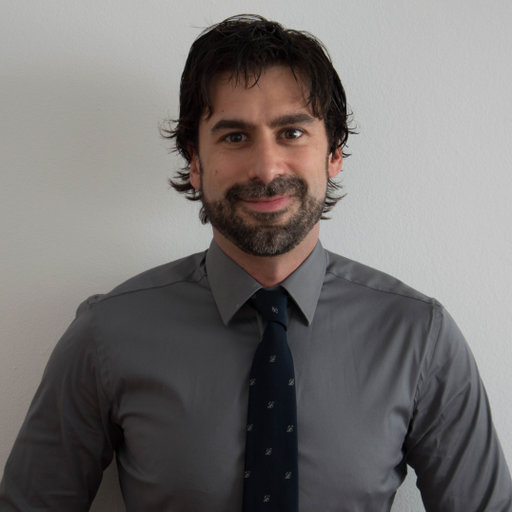 
Manuel´s first work in epidemiology focused on the study of diseases in companion animals while working at Vetlab-IDEXX laboratories (in Horsham, UK, 2004-2007). He consolidated his knowledge in this discipline at the Epidemiology Research Unit of the Scottish Agricultural College (SAC), in Inverness (UK), working with several national projects on diseases surveillance (up to 2011), and as Deputy Head of the Animal Health Information Department at the OIE (Paris, France), where he acquired a global perspective about disease surveillance and information systems, and he strengthened its experience as a manager (2011-2013). Since 2013 he works as an Epidemiologist in PANAFTOSA-PAHO/WHO (RJ, Brasil), where is the coordinator of the epidemiology area, and provides epidemiological support and technical cooperation to countries on several projects associated with zoonoses, FMD and information systems. 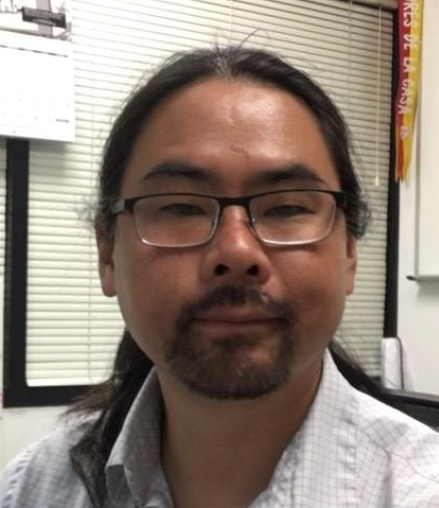 
Dr. Yoshinori Nakazawa is currently the Team Lead of the Ecology and Evolutionary Analysis Team of the Poxvirus and Rabies Branch at the US Centers for Disease Control and Prevention. He received a B.S degree in Biology form the Universidad Nacional Autónoma de México and a PhD in Geography from the University of Kansas. In his current role, he studies the ecologic, biogeographic and evolutionary aspects of biodiversity and infectious diseases via spatial analyses using Geographic Information Systems (GIS), ecological niche modeling (ENM), applied remote sensing, phylogeography, genetic analyses, field and laboratory studies. His work includes: analyzing the diverse ecological and epidemiological aspects of poxvirus and lyssavirus transmission; conducting studies to elucidate different aspects of the natural history, evolution and distribution of poxviruses and lyssaviruses; conducting animal work in BSL-3 settings in the laboratory and in the field; and conducting genetic analyses of poxvirus and lyssaviruses. 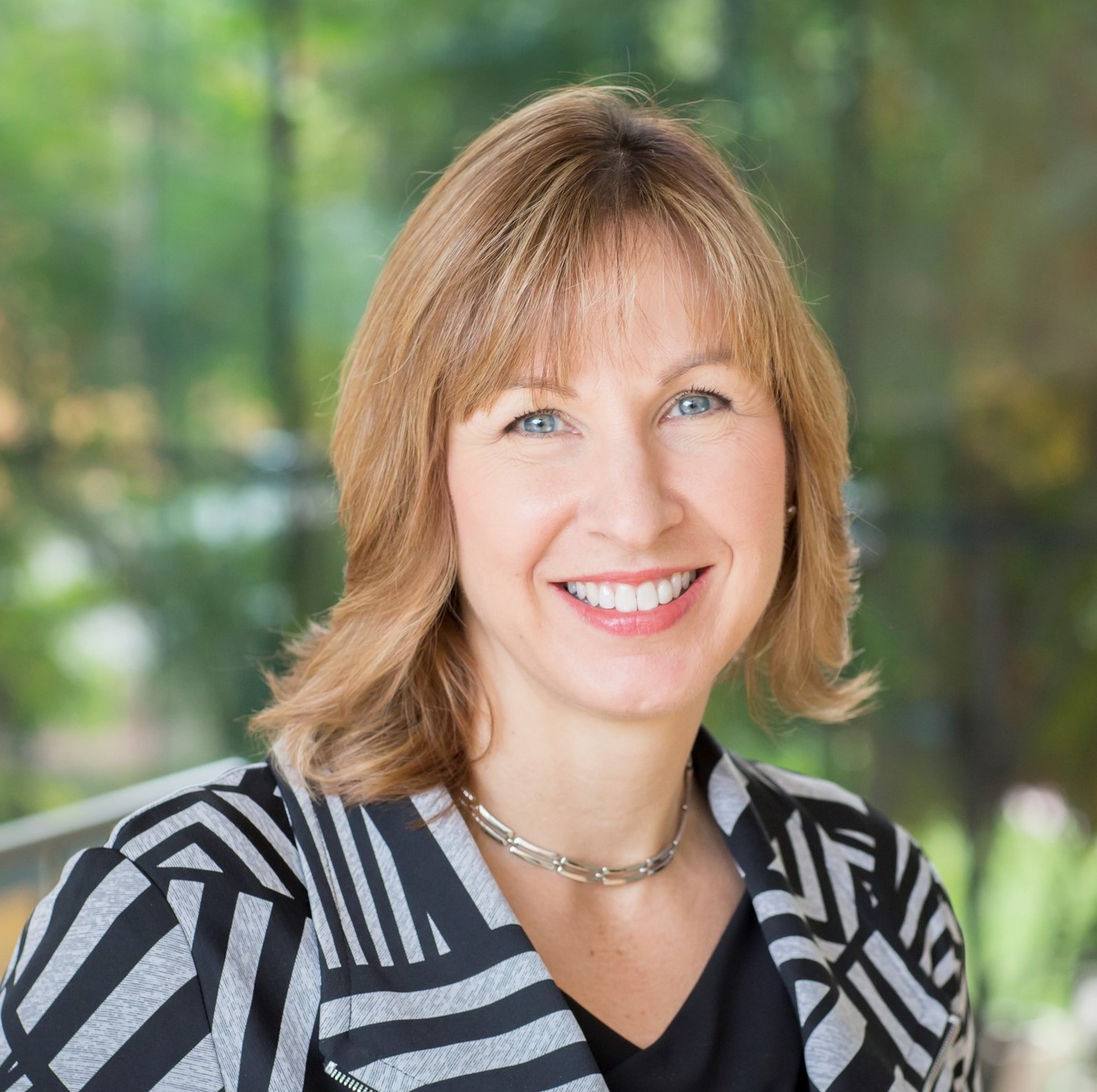 
Dr. Este Geraghty heads Esri's worldwide health and human services practice. Previously, she was the deputy director of the Center for Health Statistics and Informatics at the California Department of Public Health. There she engaged in statewide initiatives in meaningful use, health information exchange, open data and interoperability. While serving as an associate professor of clinical internal medicine at the University of California Davis she conducted research on geographic approaches to influencing health policy and advancing community development programs. Geraghty is the author of numerous health and GIS peer reviewed papers and has lectured extensively around the world on a broad range of topics that include pesticide safety, climate change and extreme heat, social determinants of health and public health preparedness. She received her medical degree, master's degree in health informatics, and master's degree in public health from UC Davis. She is board certified in public health (CPH) and is also a geographic information systems professional (GISP).